Giving it Your All 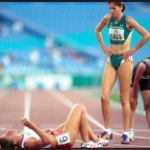 Would You Like to Discover Why a Poor Black Youth Became a Billionaire?

More progress and opportunities in life are forfeited by half hearted efforts than one can ever imagine. Something is deficient in a person’s character when they relapse into obscurity when what they are pursuing doesn’t happen fast enough. This can easily cause the average person to become cynical and skeptical of opportunities. In fact, their cynicism reveals itself in their behavior and lack of drive. They become nonchalant or casual in their efforts because they’ve lost hope of anything ever happening favorable for them.

Sustained success will never come to those who are casual in their endeavors. And, if you are in a hurry to be successful, you will inevitably end up making one blunder after another. Whatever you do, it has to be intentional and purposeful. Choose the battles worth fighting and only fight if there is benefit involved. Learn to take your time. Success is always in walking distance. You either have to give it your all, or don’t give it at all.

If you do something half-heartedly, you have more of a chance of losing both whatever you want, and the possibly yourself in the process. You can’t allow fear or apathy to dictate to you because they can cause you to miss out on living your best life. If you’re going to have a chance at succeeding, you have to give it your all, despite the challenges. Oftentimes, failures are experienced by people who give up before realizing how close they are to success.

I’ve discovered that just knowing something isn’t enough; you have to apply the knowledge. To be willing may sound admirable, but this is not enough; you have to employ action to make things work. You must become the change you want to see. Unless you change, nothing will change around you.

One of the greatest weaknesses in life is giving up. The most certain way to succeed in life is always to do it just one more time when something doesn’t work. Do not fear mistakes because God specializes in turning mistakes into miracles. The only way failure can actually exist is if a person is no longer willing to get up. People with options are usually those who anticipate failure in what they are doing, so they run to the next endeavor before they fulfill the expectation of the first.

How do you kill a man with a dream—give him another one. It is easy to give into distractions when your dream doesn’t seem to be working out. Most people struggle with perseverance and would rather capitulate to the circumstances than fight for their dream. It was George Burns who said, “I honestly think it is better to be a failure at something you love, than to be a success at something you hate.”

What you want to do, and what you can do, is limited only by what you believe you can do. Your dream, your business, your family, and your life must be valued enough to lose the fear of opposition; you must work hard and do whatever it takes to achieve success in these areas. This is how you will grow.

When challenges create a need for me to step out of my comfort zone and exert more energy than I might be willing to give, I consider how preserving beyond them will benefit me more than the discomfort. I could easily come up with 50 reasons why something can’t be done, but how is that productive? It’s always better for me to just do it!

Michael Jordan was not born with a silver spoon in his mouth. He did not have extra gold dust sprinkled on him at birth. He had the same possibilities as anyone else—he just had a greater desire to succeed than most. After being cut from his high school basketball team, he learned a valuable lesson. If you are going to succeed in living your dream, it’s going to take more than talent…it’s going to take you giving your all.

It’s not as important to know how he became a billionaire, as it is important to know why he became one. The why always exceeds the how! Therefore, whatever you do in life; whether it’s playing sports, being a student, a janitor, or working as the manager of an assembly line, if you can discover the why you want something bad enough, the how will manifest with ease. 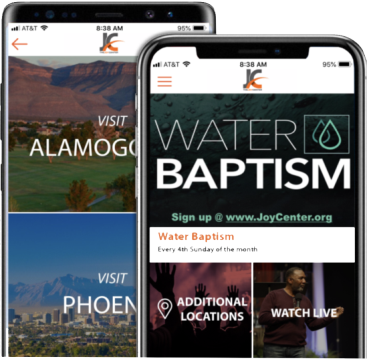 TAKE US WITH YOU!